Now this one is going to be a bit controversial. We went to visit a long-standing player in the Seoul coffee scene: Caffe Themselves in Myeongdong. 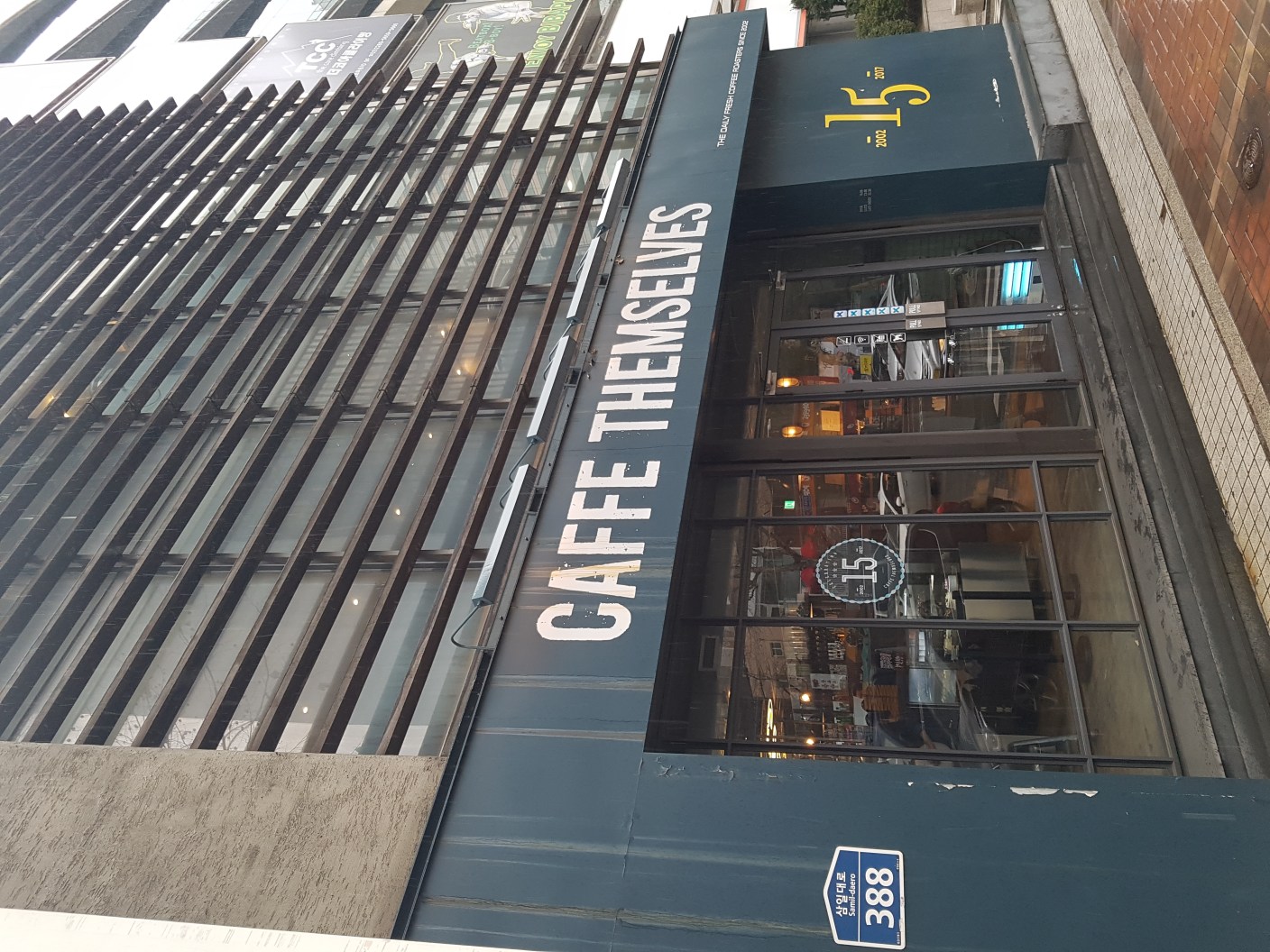 The first floor is all centered around the fairly standard coffee bar. Weirdly, there are empty liquor bottles all around – not sure what to make of that. The real surprise is at the end of that bar, but more in a bit. 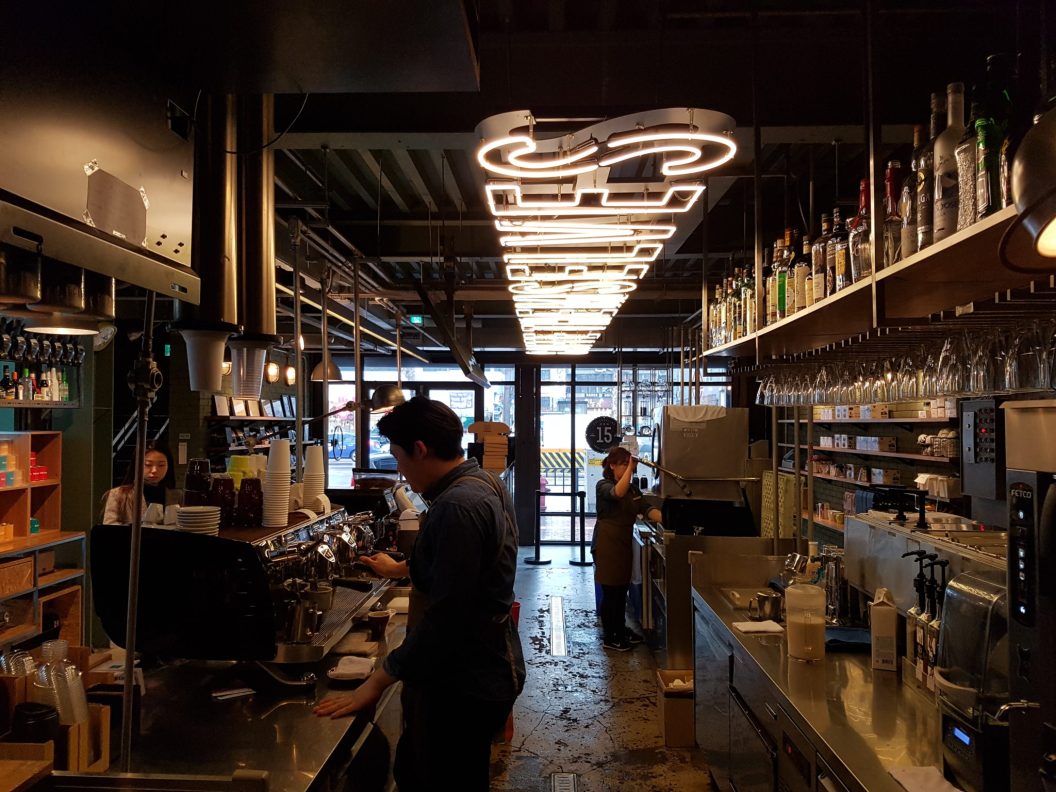 Coffee selection is very extensive are Cafe Themselves, we went for a Kenyan Gichathaini and an Ethiopian Limu. Preparation was extremely orderly and standardized. Because a machine did the job. I had seen these at trade shows but never in use before. Not much to say – it did everything as it should. This may not count as hand-drip but surely as pour-over. 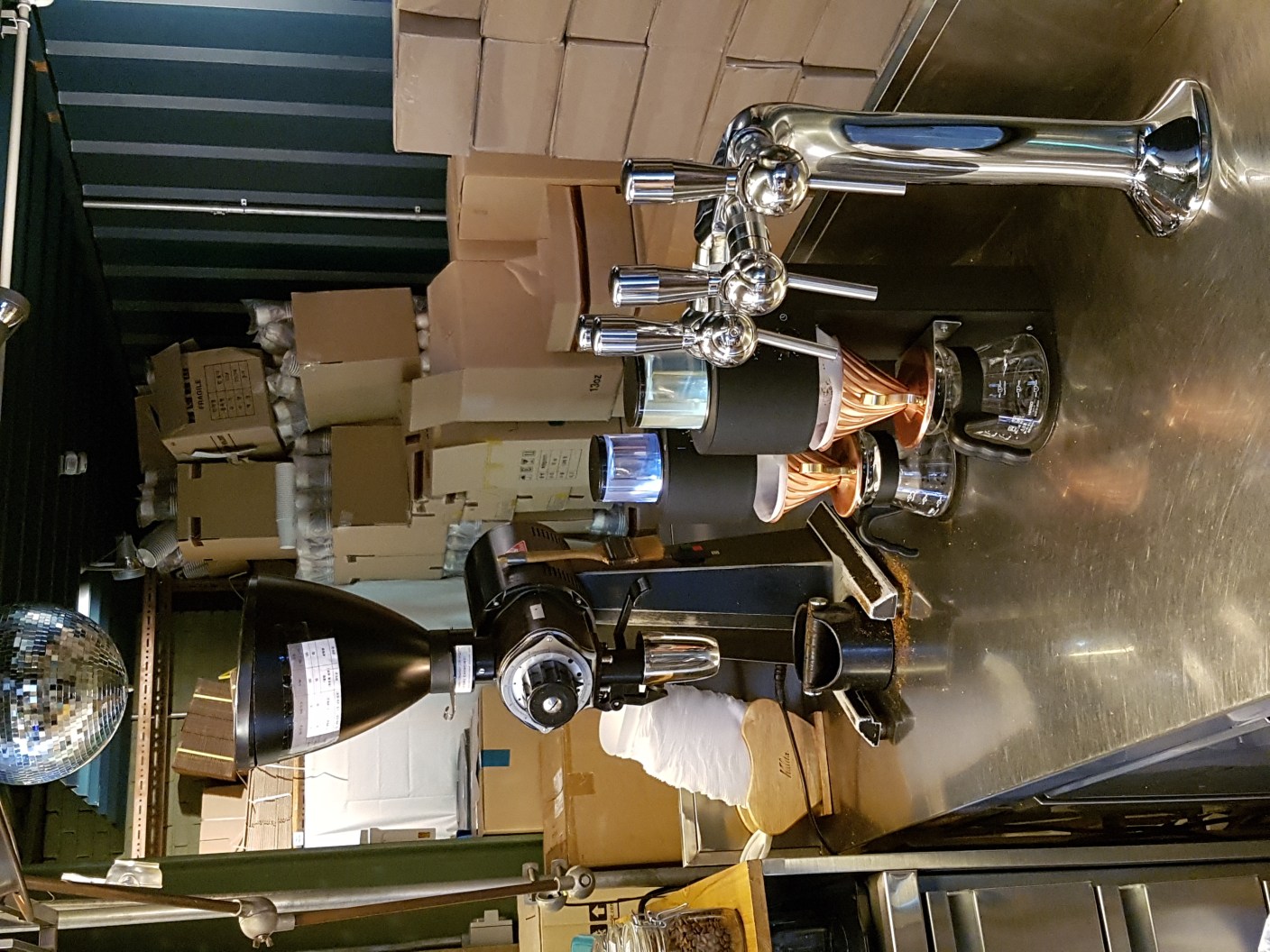 The result was great. Since all the weighing up front was done ok, not much could go wrong. Both cups were outstanding, full aroma, a light bit of citrus on the Ethiopian. The only downside was a seemingly disengaged barista, an element which is important to most of us pour-over fans. I cannot say that I am very enthusiastic about the machines coming, but I recommend giving it a try. It definitely makes for a consistent cup, for better or worse. 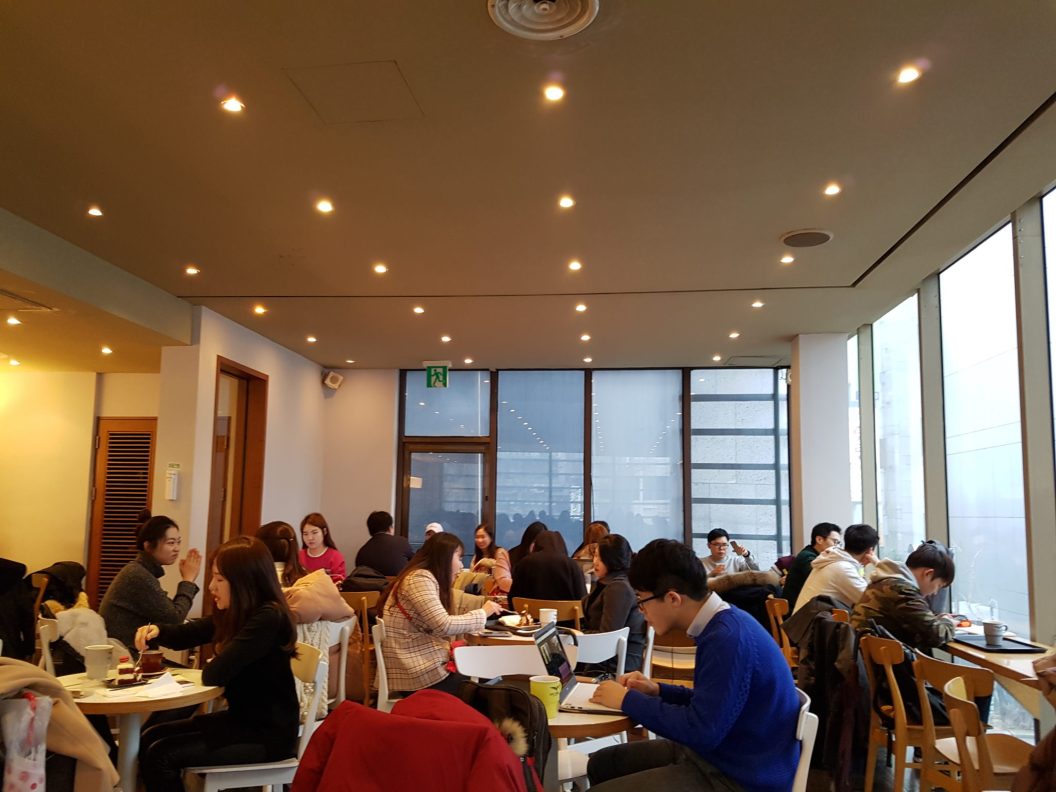