I guess the thought was ‘why not?’. Hell Cafe is very successful, so why not open another store, this time in Ichon (Yongsan, Seoul): Hell Cafe Spiritus. 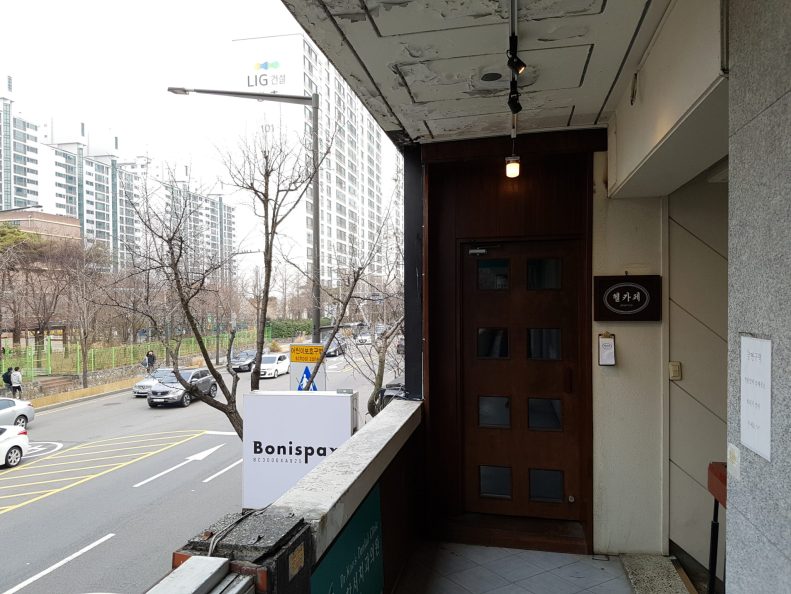 Ichon has a large Japanese population, too, so it’s not surprising that also Japanese style has shaped the zoning and housing here. Hell Cafe Spiritus is located on a 2nd floor of a commercial block and its entrance and access through stairs might remind you of Roppongi.

This outlet is similar to the original Hell Cafe with dark interior, heavy woods, great sound system – but in addition has an overwhelming whisky selection (for later in the day). 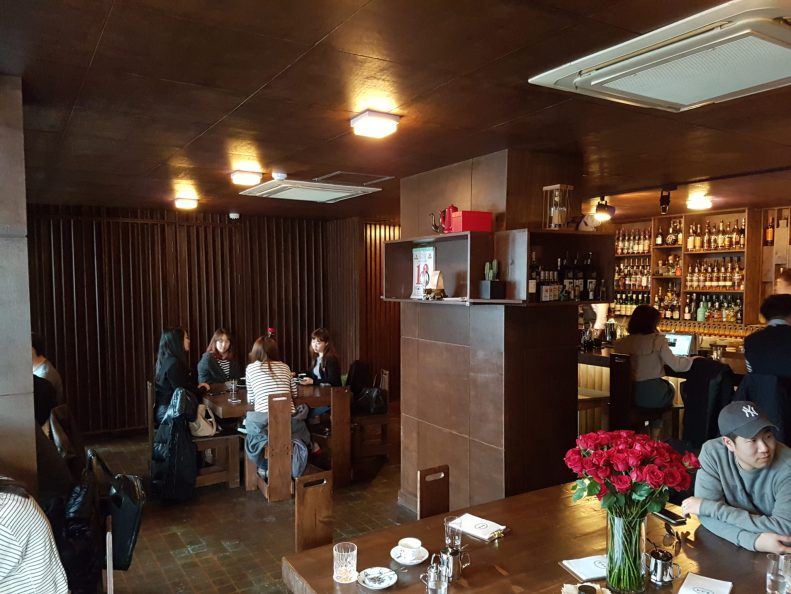 For pour-over there are 2 options: a blend and a single origin (Moccha from Ethiopia – unusual but that’s what I was told).

Preparation was something I’ve not seen in Seoul before. The barista used a cloth filter and some super slow dripping that took more than 5 minutes and was one of the most meticulous I’ve seen. He took all time and focus to really make every drop of water count. 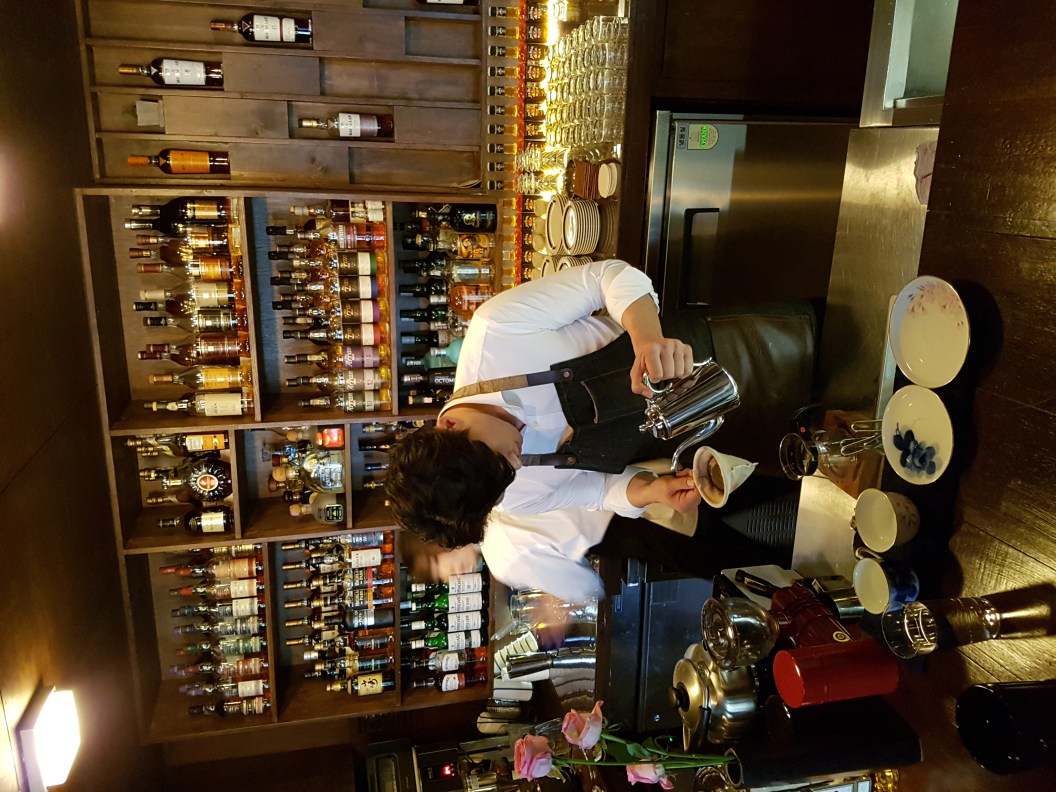 The result was a very sweet, but very strong tasting cup. Also the initial light bitterness ceased along with the cooling. 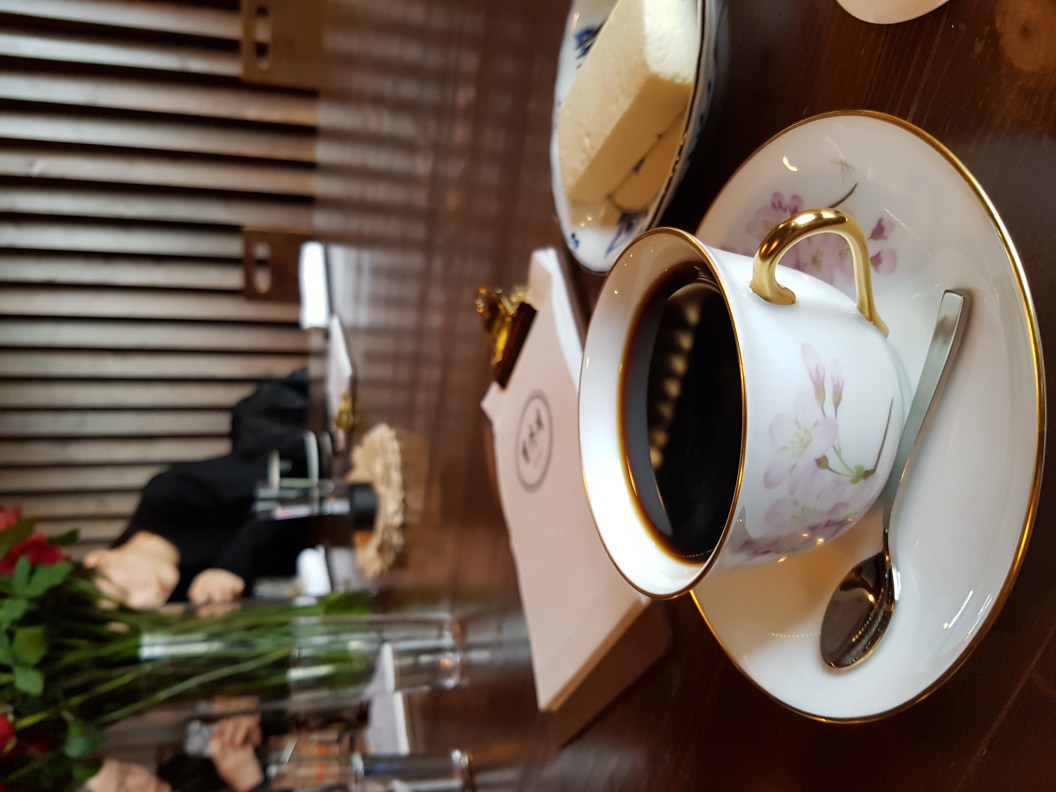 All together a great cup, but most of all it was great to see a cafe actually taking things so seriously and dedicating so much energy to a single cup – something that we don’t see too often in the many times hectic cafes around Seoul.