I got pretty excited when I heard Starbucks would introduce a pour-over bar in their new Reserve location here in Cheongdam, so I visited just 3 days after the opening. I was curious to see if the masters of standardization could master pour-over (which is all about precision and process). High hopes. 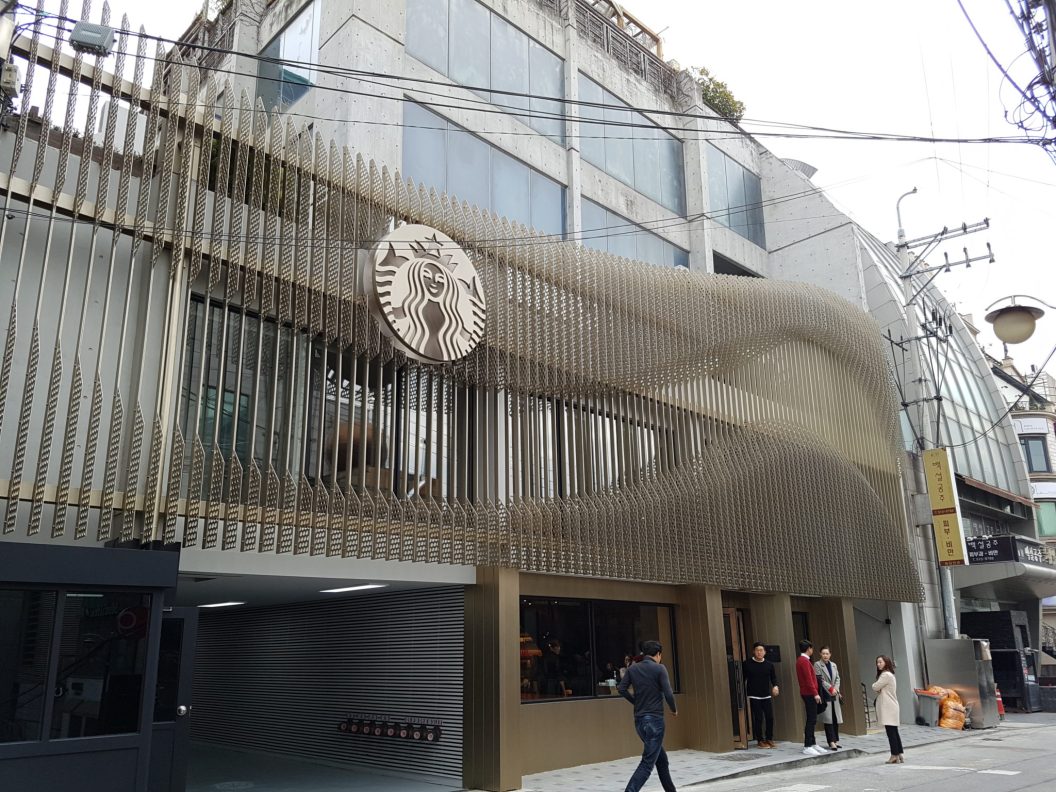 The building is striking. It is beautiful on the outside, a massive piece of real estate in this super high end neighborhood. 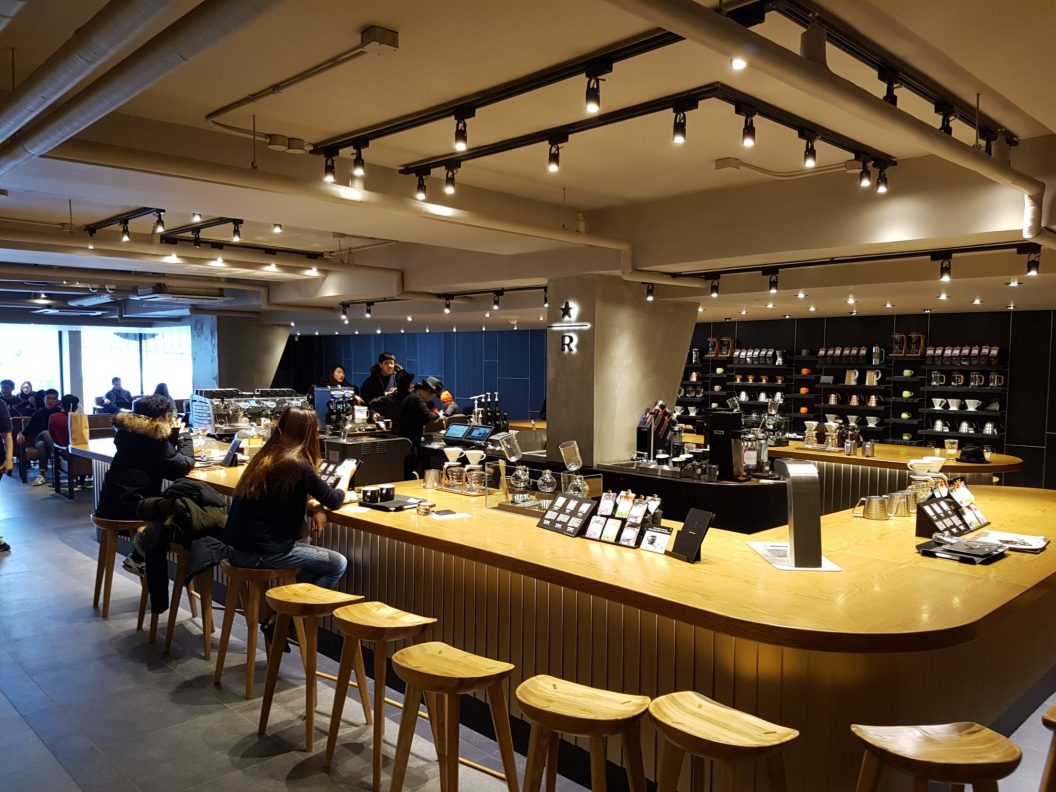 On the inside the ground floor is pretty Starbucks normal. But the second floor is where the Chemex, V60 and others live. It is an outstanding coffee shop. 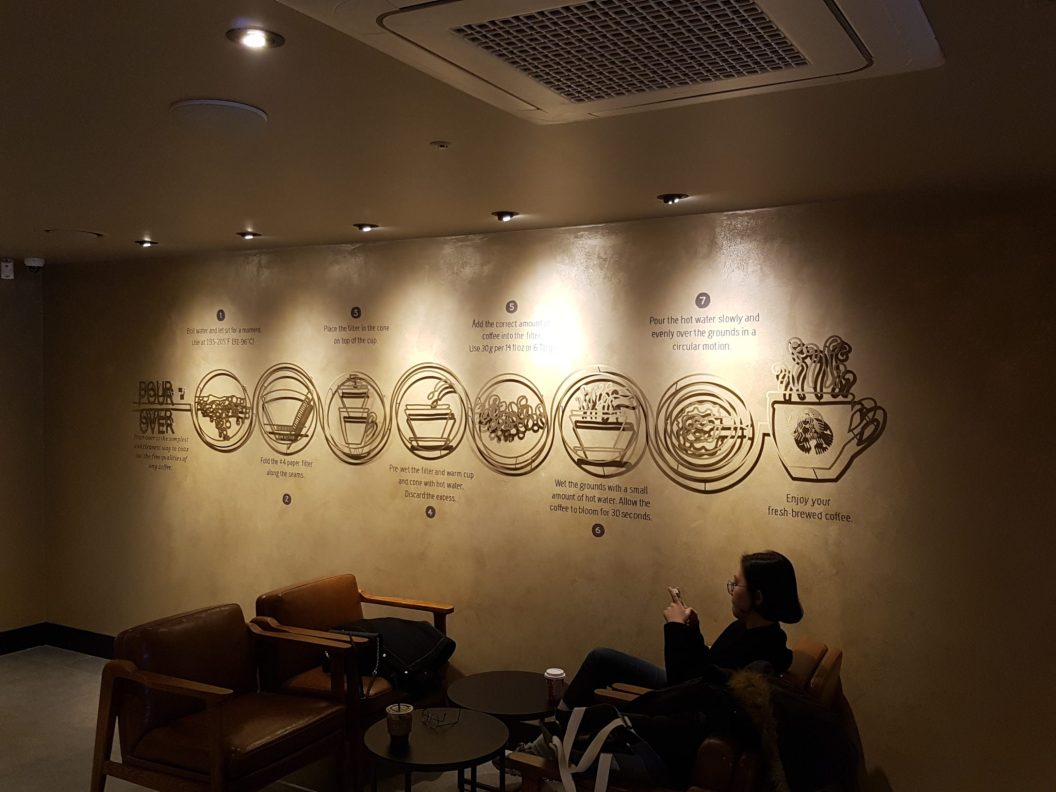 As far as hand drip options go, there were 3 single origin and 1 blended coffee to choose from, along with very friendly explanations. We chose Colombia and Uganda and got ready to watch! 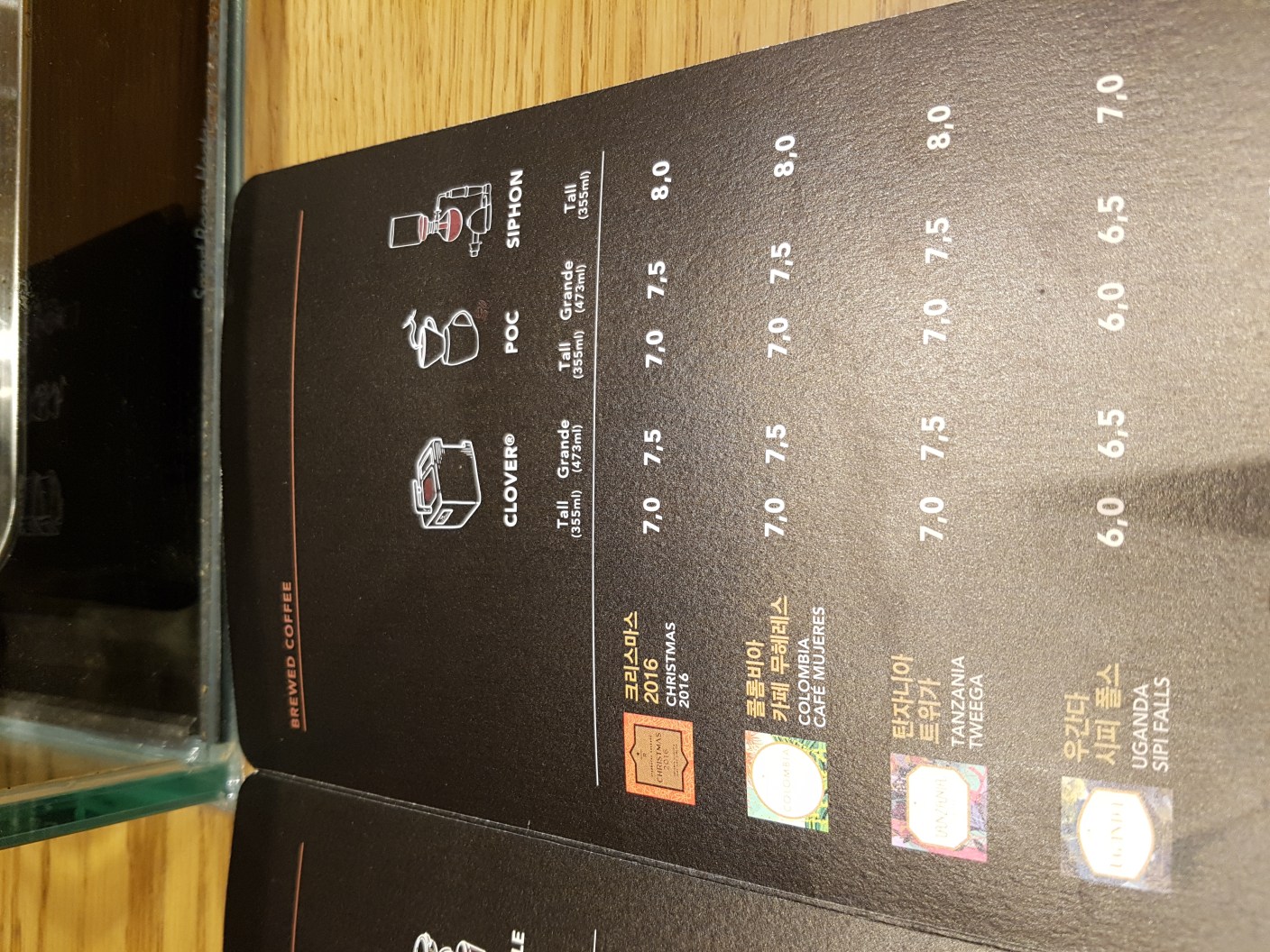 The sadness started here, almost here. Beans were weighed and filter was rinsed. But then it was one of the most careless pour-over coffees that I have ever seen prepared. After a 5 second pre infusion almost all water was poured as fast as possible into the dripper. Then the coffee was left alone for an undetermined amount of time (no timers or scales anywhere), dripping until somebody had mercy to get a cup. 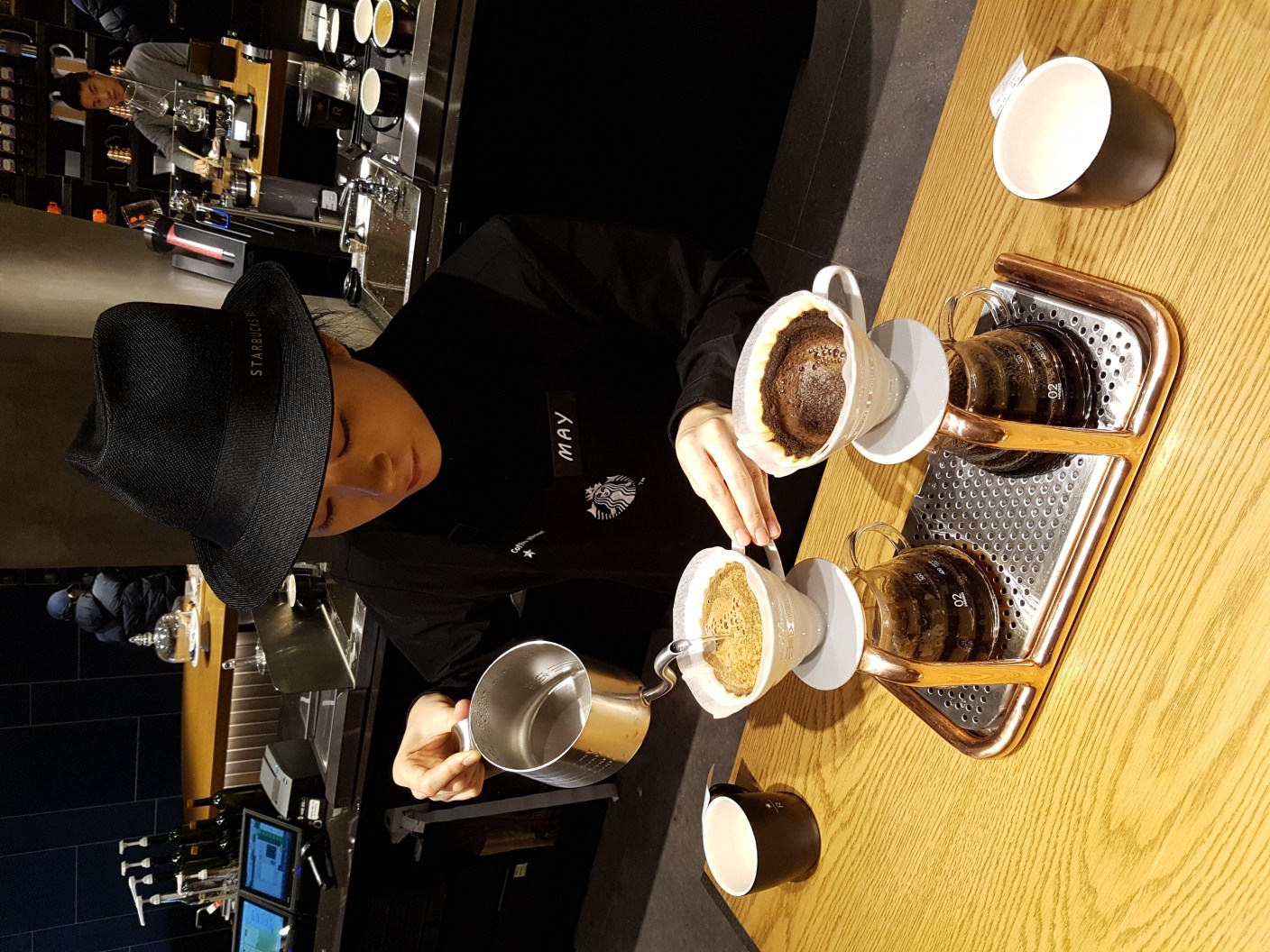 The same happened with both coffees we ordered. The taste? We drank about half and then just left. Over infused and very bitter (and I understand that Starbucks may generally roast on the heavier side). 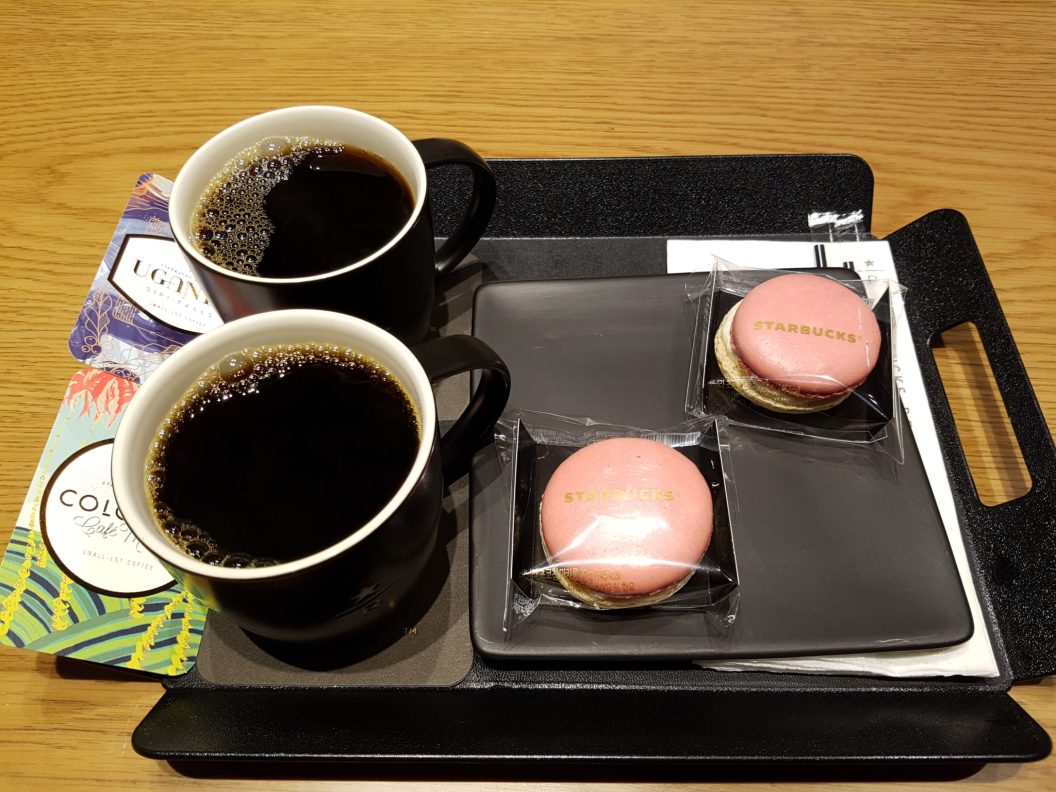 I had high hopes and was bitterly disappointed. I really wanted Starbucks to do this well and believed they could – but right now, they failed. But thanks for the Macarons; they were nice.