Frankfurt, too, is trying to catch up with Third Wave Coffee, but options are scarce. One spot we managed to find is Rösterei Hoppenworth & Ploch (what a name). 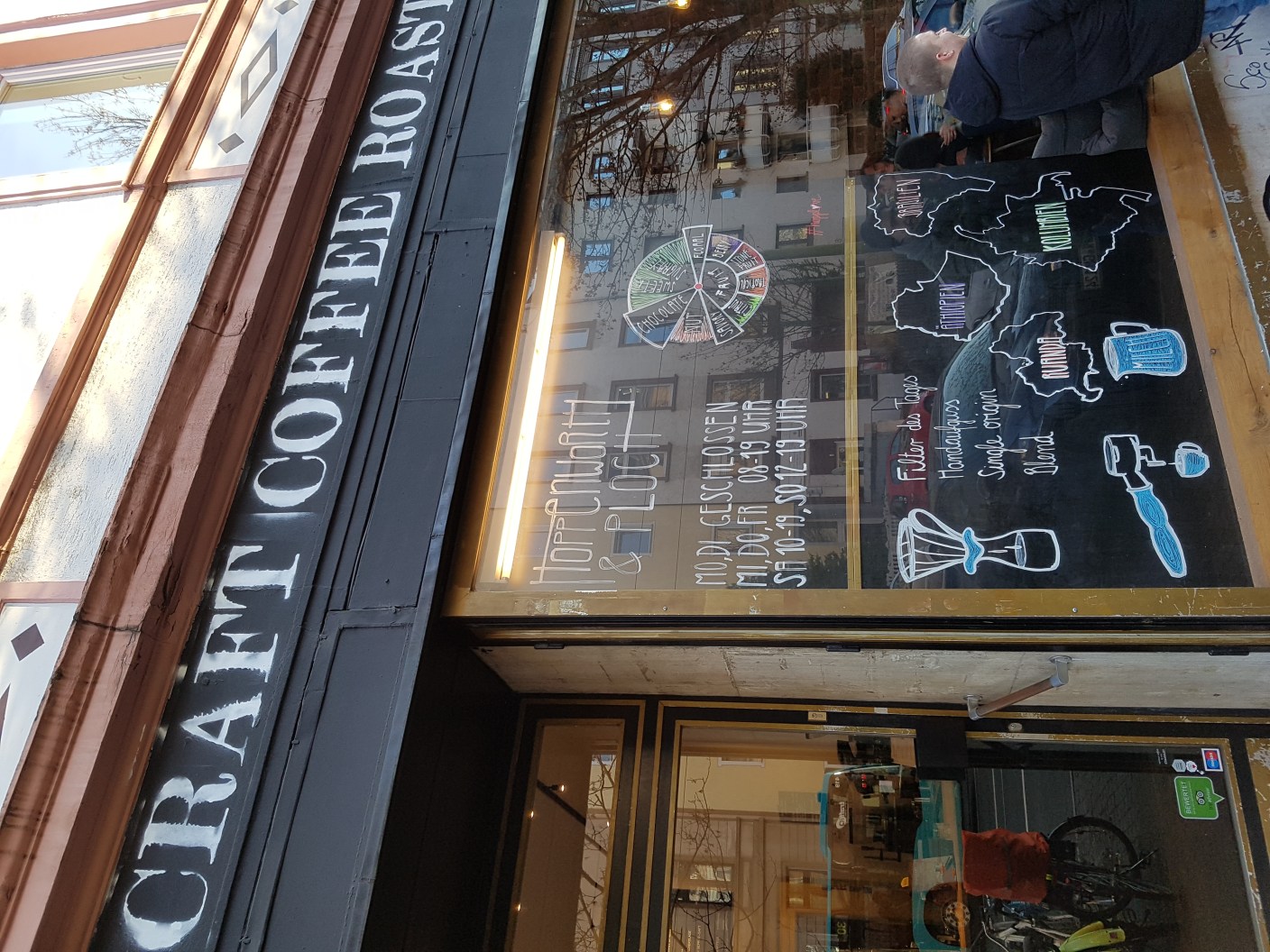 Located East of downtown Frankfurt it is a bit out of the way, but provides a very high density of ironic/funny/eclectic sweaters that often say Brooklyn. 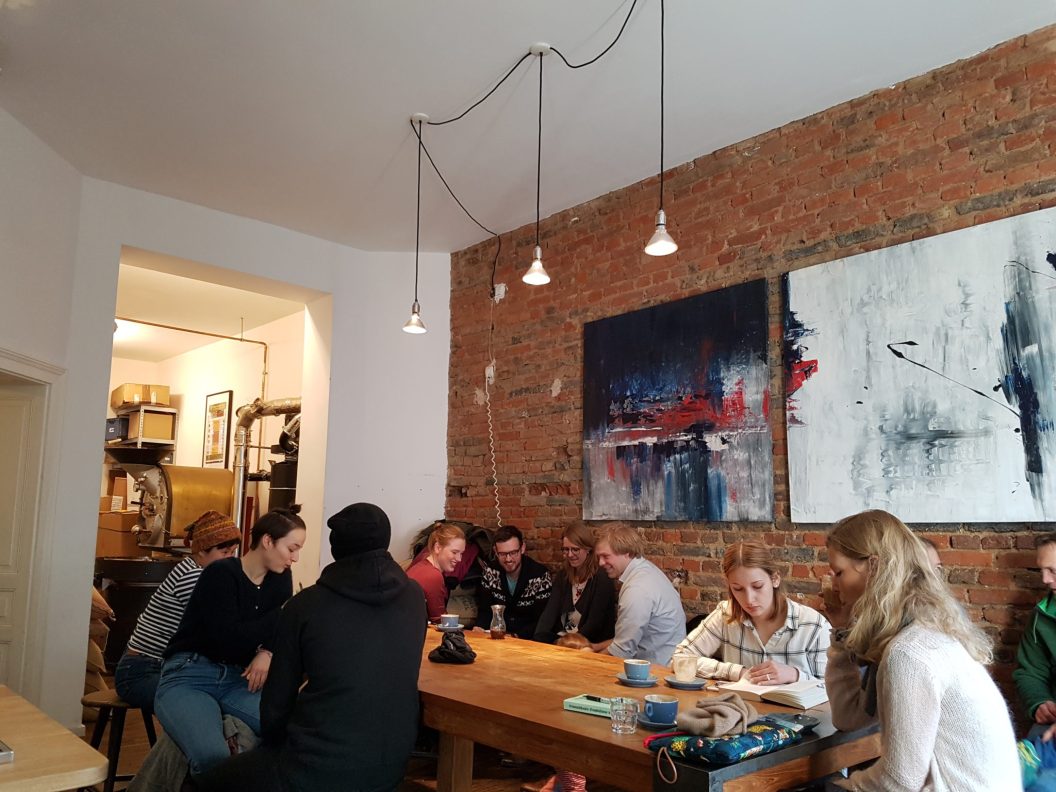 The coffee menu is pretty serious and spreads between espresso based and brewed options with a nice variety of beans. 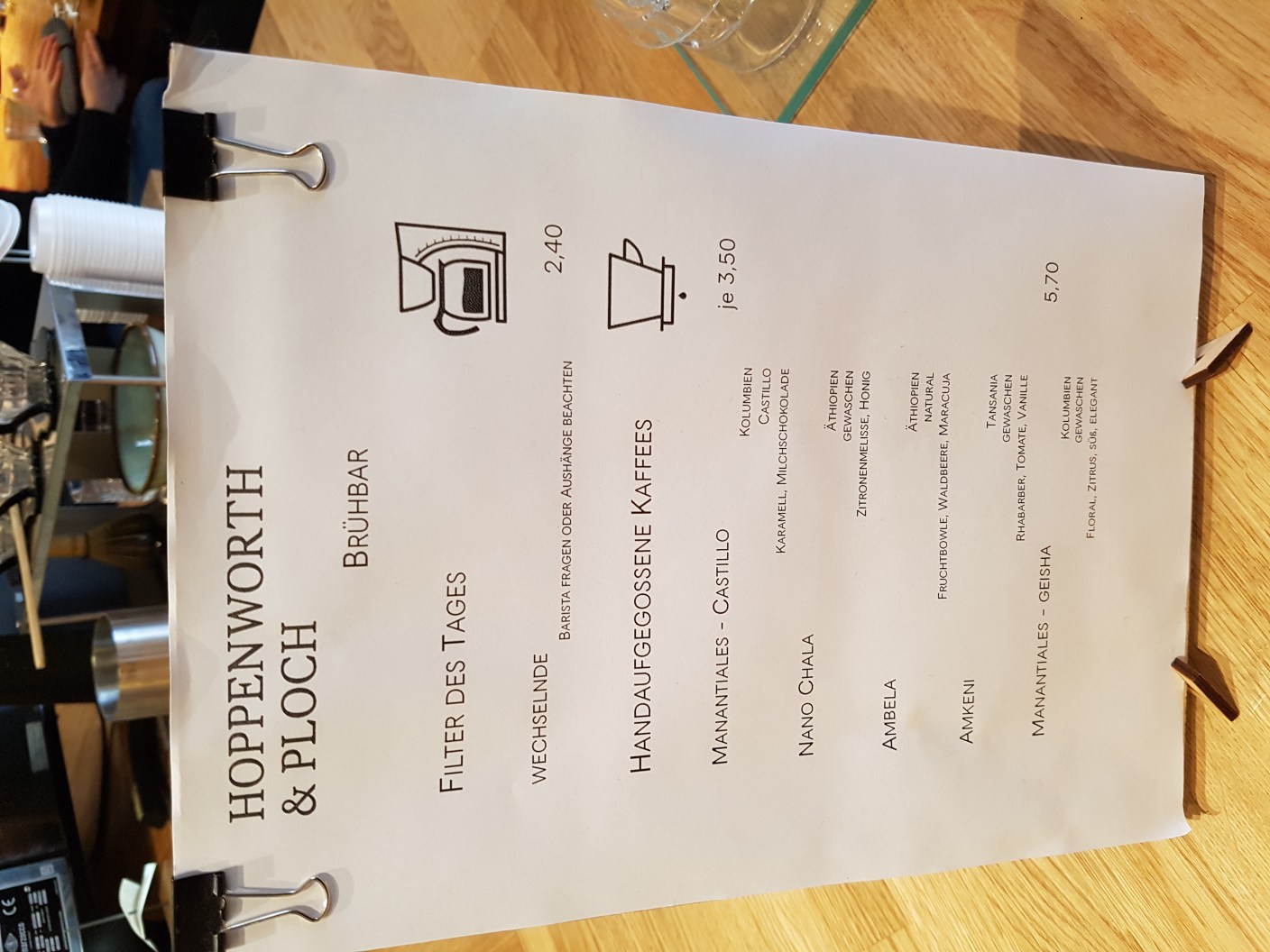 My choice: the Ethiopian Nano Chala. As far as preparation goes, things were a bit of a mixed bag. Beans and water were weighed at all times, but I found the pouring to be a bit careless. The water was poured fast and in a big stream rather than a real drip, with total brewing time just over 1.5 minutes. Also pouring water down the walls of the dripper generally doesn’t help extraction. 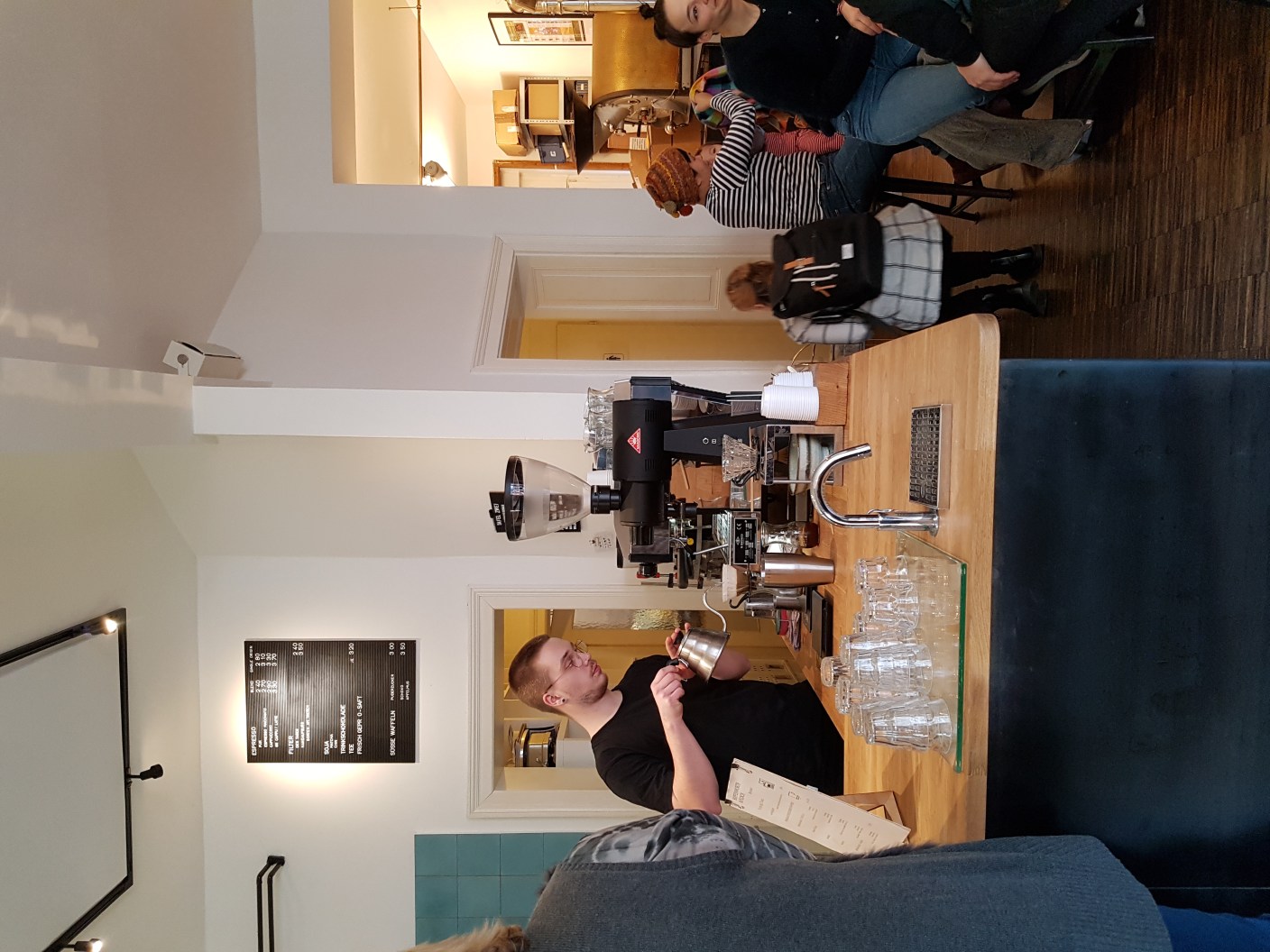 The coffee was surprisingly good though; I had expected something severely under-extracted but it seems the beans were sort of able to compensate for the rush of the baristas. All in all, the place is ambitious but still has room to make even better coffee and really help Frankfurt catch up. 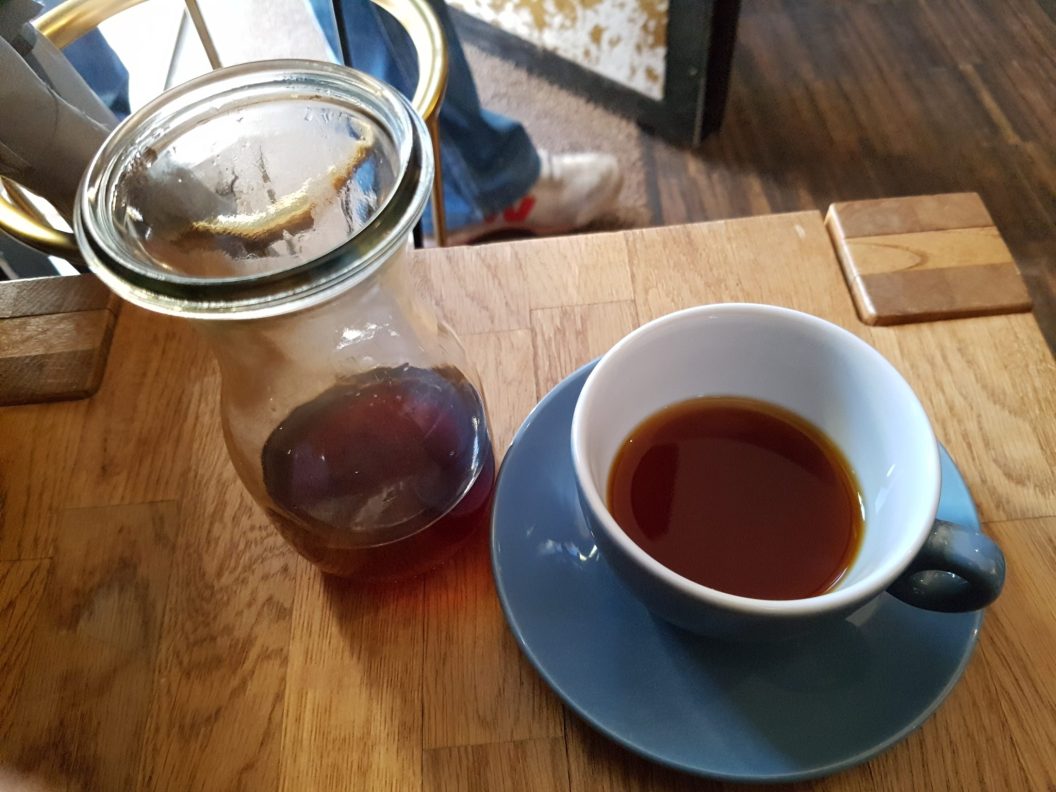 Excited to be back in Berlin after 2 years 😷 an